There’s a certain solace in writing about loss, too, of course, because it’s a way of coming to terms with mortality. As long as you are doing the writing, you are rehearsing the losing; unlike the friend, you are still there. You are the mourner, after all. But what happens when you start losing yourself?

Nancy K. Miller’s My Brilliant Friends: Our Lives In Feminism is an odd kind of book, or perhaps it just seems that way to me because it hovers in between genres I recognize–it is part friendship memoir, part introspective autobiography, with dashes of campus tell-all and dabs of philosophical reflection on grief and aging and physicality and mortality. It often felt unfinished to me, with its uneven sections and abrupt segues never quite developing, never going for a long time in any one direction. Miller is too experienced and self-conscious a writer not to be doing all of this on purpose: that I found the end result rather scattered is a reflection of my own preference for continuity and order, but I imagine she would say that continuity and order are exactly what the experiences the book is about have not provided, and so the form fits the content. 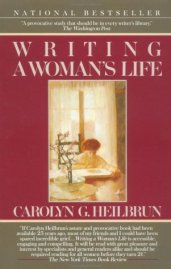 A lot of things about My Brilliant Friends really interested me. The friendships Miller is reflecting on were with Carolyn Heilbrun, Naomi Schor, and Diane Middlebrook: all four of them are big names, renowned scholars of the generation that basically pioneered feminist literary scholarship in the American academy in the later 20th century–and thus the generation that laid the groundwork for my own education as a feminist critic. I’ve written here before about the influence of Heilbrun on my own scholarship and my ongoing interest in her life and work. Miller’s own 1981 PMLA essay “Emphasis Added: Plots and Plausibilities in Women’s Fiction” greatly influenced my thinking about many novels but especially The Mill on the Floss. Part of the fascination of the book for me, as a result, was purely anecdotal and personal: I liked getting to know more about what it was like to be these women doing this groundbreaking work, getting a glimpse behind the scenes. I found myself envying these women their drive and also marveling at their persistence. It was oddly reassuring, too, to hear about their doubts and hesitations, and their fears about whether their work was worth what it took to produce or getting the notice or credit they wanted for it–familiar academic neuroses. “I don’t want to die thinking I’ve been left out of a footnote, excluded and erased” Miller comments (harking back to Naomi’s “pain at being left out of a footnote in an essay by a historian we both knew”), “though it’s not a feeling alien to me [or to me!]; alternately, I don’t want to be relegated to a footnote, which at best is what happens to most academic work.”

At its heart, though, My Brilliant Friends is really about more personal things than that (again, I think Miller might reply that the personal and the academic are not really so separable, or shouldn’t be). I found I wasn’t always able to be as interested as I wanted to be in the details. The Heilbrun section was the easiest one for me to engage with, because I have a relationship of my own, however indirect, with its subject. Miller’s thoughts on her friendship with Naomi Schor (a relationship which was long, complex, and of intense interest and significance to her) left me mostly unmoved, a detached spectator to the emotional intricacies of its ebb and flow. Of her three main subjects, I knew the least about Diane Middlebrook when I started the book; for some reason she came more vividly to life for me than Schor did, through both Miller’s recollections and her own letters. She sounds wonderful: she possessed, Miller says, “the art of making her friends feel loved and appreciated.” Theirs was a friendship formed relatively late in life, and I found Miller’s reflections on the different bases on which such belated bonds are formed really thought-provoking, especially as I have spent so many years distant from the very dear friends I made in my younger years.

Death is the occasion for the book. Middlebrook died of liposarcoma, which she was diagnosed with not long after she and Miller met; Schor suffered a cerebral hemorrhage at only 58, which, Miller remarks, “while not a tragically young age, is young enough to feel untimely.” Heilbrun, of course, committed suicide: though a relatively small part of the book as a whole, the other women’s reactions to her choice are among the most thought-provoking moments, because they are tied up with their deepest convictions about autonomy, especially for women, as well as with their thoughts about living, aging, and dying. Miller quotes from an exchange about Heilbrun’s death between Middlebrook and Elaine Showalter (another accomplished and very influential feminist scholar of this generation, of course, and another whose work has played a large part in my own scholarly life–her book A Literature of Their Own was the first book of literary criticism I ever bought for myself, when I was just starting down this academic path). Middlebrook argues that the suicide was an act “taken on behalf of what she valued in herself, which was her independence,” while Miller sides with Showalter, at least emotionally, that while the death itself may have been a legitimate choice, it was regrettable that leading up to it Heilbrun had (as Showalter put it) withdrawn herself “from life, from the trivial, quotidian treats that gave pleasure, and from the tasks and obligations that give pleasure to others.” (As a side note, I looked up the rest of the Showalter-Middlebrook exchange because it is also a discussion about retirement, something that, while most likely a decade or more away for me, has begun to pose itself to me as a question: not just when, but what. My attention was especially caught by Showalter’s reference to a book that makes the case for “people reinventing themselves after 55. She believes,” Showalter says, “that it is actually necessary to make major life changes at this point, or fade away.” Hmm. That gives me just over two years!)

It’s not just her friends’ deaths that prompt and shape Miller’s writing: early in her work on the book, she herself was diagnosed with lung cancer. “You discover that your position, secured among the living, is unstable, unsure,” she observes; “You may have imagined yourself safely on the side of the living, and then suddenly … you are on the verge, possibly, of disappearing yourself.” This increases her desire to be “the subject”–“to be in charge of the story even if it seemed I had lost control of the narrative.”

This is why the generic oddity of the book ends up making sense to me. At first there seemed to be a strange kind of self-assertion to the book, an assumption about the relevance of these very particular and very personal relationships. In themselves, they are probably not that different from many friendships, ones that have been written about (such as that between Vera Brittain and Winifred Holtby) and ones that will never be written about (such as most of the ones all of us experience). But for a feminist theorist, one whose life has been bound up in articulating what (and how) women’s lives mean, and especially one like Miller who has been particularly interested in criticism as a form that intersects with autobiography, some kind of commentary on the complex dynamics of loyalty, affection, support, rivalry, and resentment that made up her most important relationships with other women seems more than reasonable–it seems necessary. Miller is especially aware that in writing this book she is claiming the last word: “What else am I doing here,” she asks at one point, “but sketching biographies of my dead friends without their permission?” But she isn’t using it to put them in their place, to settle scores or fix definitions or perfect narratives about them. My Brilliant Friends is also not a manifesto about the “right” kind of friendship: it doesn’t have and also doesn’t seek that kind of unity. It just offers up Miller’s friendships, warts and all, for readers to think about. It also invites us to think about what Miller’s diagnosis has forced her to confront: not just who we will mourn and why, but who will mourn us, and what role writing will have for us, in that particularly difficult exercise in being human.