—Through what power,
Even for the least division of an hour,
Have I been so beguiled as to be blind
To my most grievous loss!—That thought’s return
Was the worst pang that sorrow ever bore,
Save one, one only, when I stood forlorn,
Knowing my heart’s best treasure was no more …

The trick, it turns out, is not to think about it—about how it was for him, and especially about how it ended for him. I can manage it if I keep my mind busy: “O the mind,” as Hopkins says, “mind has mountains.” The trick is to smother those thoughts, or to overwhelm them: to fill in the space that they would otherwise occupy, and thus keep back from the “cliffs of fall,” from hurtling back into that place of horror and shock and the desperate wish to undo it all—the impossible, unreasonable, but inescapable feeling that I should have been able to comfort him, to hold him, to save him. Every grief has its own particular pangs, I know. That this death was deliberate and desired sometimes makes the pangs sharper to me, even as I hold firm to my belief in his right to make that choice and to my gratitude that when he left us, it was, as he told us, with a heart full of love.

I am trying. I have read my first new book, now: Lauren Groff’s Matrix. It was a good choice—unusual, unworldly, written in prose direct enough that my wavering concentration wasn’t too much of a problem. I might write a proper post about it in a while. I have been doing some work on my sabbatical project—mostly just reviewing the materials I had gathered and the notes and drafts I had begun last summer, to remind myself how interested and even excited I was about my book idea. I still am, I think: there are flickers, and they feel hopeful, if faint. In between these efforts I watch a lot of TV, a lot of it familiar, some of it new but low-key enough, trivial enough, that I don’t have to risk investing in it emotionally. All of this works to muffle the other thoughts, until it doesn’t. The house is so full of reminders; all I have to do is look up and there are the pictures of his joyful little baby face; there’s the piano he played unlike anyone else, the music just flowing out of his fingers; there’s his old desk; there’s his phone, which I saw so often in his hand. My office on campus is no safer, I realized today, stopping in briefly to grab some books (trying to stoke the embers of my research): more memories, more pictures, the mug he had made for me a few years ago for Christmas.

Sometimes I don’t want to try to be beguiled out of my grief, either, and that seems right, so soon after—it’s right to remember and to mourn, to let the thought return. 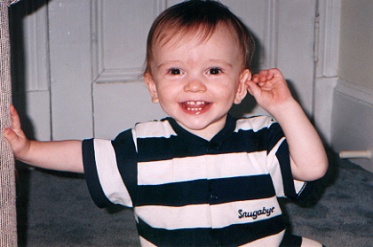 As a side note, or perhaps a kind of apologia, someone on Twitter recently shared this image of a poem by Sean Thomas Dougherty. I found it very powerful and I hope he won’t mind my sharing it again here. I worry, especially because I’m writing about something as fraught and difficult as suicide, that my words might themselves be wounding, but others’ words of both grief and comfort continue to help me and so for now I will continue to write what I feel.

11 thoughts on “That Thought’s Return”