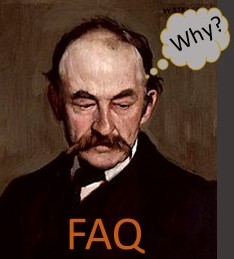 It has been two weeks since my last post. That sounds almost confessional: forgive me, gentle readers; it has been fourteen days since my last attempt to articulate what it is like to do something you usually love in a completely different way than you ever have before, under circumstances that remain (however awkwardly accustomed to them we have become) unprecedented. It’s not a sin, but it certainly is a sign of what those two weeks have been like.

In my previous post I said it was hard to reflect on the online experiment because I had no idea how it was going. Disconcertingly, I still have no real idea, though I have some feelings – not conclusions, yet – about individual aspects. Probably what I am most aware of right now is the gap between ‘best practices’ in theory and what they actually demand of all of us when we attempt to follow all that well-intentioned advice. In particular, I’m thinking about the oft-stressed recommendations about the value of frequent low-stakes (but graded, or else they won’t do them!) assignments, and about ‘overseeing’ but not actively engaging with online discussions. The former creates what feels like an endless barrage of busywork, because for some reason receiving, recording and returning so many bits and pieces electronically feels enormously more burdensome than collecting (as I routinely did) stacks of paper at every class meeting and returning them, marked, the next time we met. And the latter is both more disappointing than I anticipated (I want to participate, especially in the discussions for my 19th-century fiction class) and more difficult: I had planned, for example, to write ‘highlight’ posts after each round of discussions, to draw out the really good stuff and, if necessary, counteract confusions, and so far I have not managed to do that, as the submissions are both so copious and so diffuse. (Note for next time: less is more!)

I think my overwhelming impression at this point (and it may get better as we all get more and more used to doing things this way) is that I am spending a lot more time managing logistics and a lot less time engaging robustly with my classes about our readings. I can understand how online structures of the sort we were encouraged to develop would work pretty well for more mechanical subjects, and I think, too, that there is some good cross-talk going on between the students that does accomplish some of the goals of classroom time. That I feel a bit left out does not mean it isn’t valuable: this is what the experts mean, I guess, when they tell us online teaching “decenters” the teacher. But I don’t think I have so far found the strategy that makes an asynchronous course feel like what a face to face class (at its best) feels like. I don’t see where the energy comes from this way: even if I admit that the best classroom discussion doesn’t actually generate that energy for everyone, it still does it for some of us, and I just really miss that.

I expressed cautious optimism when the term began and I do still feel some of that, even if at times over the past couple of weeks it has been challenged by fatigue and frustration and sadness. The students are there and most of them are really trying; in my turn, I am doing my level best to demonstrate “instructor presence” and make them feel that I care and am paying attention, not just tracking submissions. I’ve already made a few adjustments to the requirements, too, to reflect what we are all learning about how long all of this takes. Also, although preparing recorded segments is not my favorite thing to do, I find devising topics and shaping them into what seem (to me at least) like engaging little packages intellectually stimulating and even fun sometimes.

The readings, too, are as good as they always are, and when I have time to linger over them, that really boosts my morale. I reread the first half of North and South this week (a bit hastily, but still all through) and got excited about the many ways it provokes comparisons with Hard Times, which we are just wrapping up. And in my intro class we are doing Woolf’s “The Death of the Moth,” which was also a tonic to revisit. It’s so beautiful and so sad and so oddly uplifting, in its contemplation of

the extraordinary efforts made by those tiny legs against an oncoming doom which could, had it chosen, have submerged an entire city, not merely a city, but masses of human beings … Also, when there was nobody to care or to know, this gigantic effort on the part of an insignificant little moth, against a power of such magnitude, to retain what no one else valued or desired to keep, moved one strangely.

Woolf’s vision of that “pure bead” of life and its inevitable failure against “so mean an antagonist” is, indeed, moving, and it also feels timely, as we all spend so much time staring out of our own windows, confronted by the limits of our own power against oncoming doom but still fighting to retain what we value. It’s life that feels transcendent in her essay, not death, however strong it is,  and that’s where the importance of this whole exercise ultimately remains–in the words and what they offer us, and also in the reminder that art itself is one of our best ways to outwit our inexorable enemy.

2 thoughts on “The Past Two Weeks In My (Online) Classes”