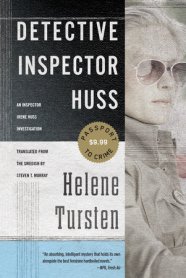 When Krister came home at one a.m. the girls were asleep, but Irene was still up. After telling him about Jenny’s troubles and about the impending end to her skinhead period, she tried to seduce her husband. But he was too tired and not at all in the mood. The Christmas rush at the city’s restaurants had begun. She lay awake for a long time, her whirling thoughts of skinheads, millionaires, bombs, murderers, biker gangs, sexual relations between people who shouldn’t be having any, and sexual relations between people who should.

Detective Inspector Huss is either a really awkward and uneven novel or Steven Murray’s translation has not done Helene Tursten justice. I suspect it’s the latter, because through the clunky prose and frequent abrupt shifts of tone and topic, I caught glimpses of both a strong and interesting protagonist and some incisive social commentary reminiscent of the Sjöwall and Wahlöö’s Martin Beck mysteries. Unfortunately reading Detective Inspector Huss felt like a chore, though–which it sort of was, as I was reading it for my book club. We chose it because we’d all quite enjoyed Tursten’s much more recent An Elderly Lady Is Up to No Good, which I notice had a different translator (Marlaine Delargy). That might be evidence for  my bad translation theory, or it’s possible that Tursten got better with practice, as Detective Inspector Huss was originally published in 1998 and Tursten has published quite a few novels since then.

Instead of laying out details of the plot (which, after all, are a lot of what would be interesting to discover for yourself if you wanted to read the novel!) I’ll quote the publisher’s blurb, which it touches on the qualities of Detective Inspector Huss that made me think it was better than it seemed:

One of the most prominent citizens of Göteborg, Sweden, plunges to his death off an apartment balcony, but what appears to be a “society suicide” soon reveals itself to be a carefully plotted murder. Irene Huss finds herself embroiled in a complex and high-stakes investigation. As Huss and her team begin to uncover the victim’s hidden past, they are dragged into Sweden’s seamy underworld of street gangs, struggling immigrants, and neo-Nazis in order to catch the killer.

The details of this plot get quite intricate and a bit tedious to follow: each step towards the big ‘reveal’ took (I thought) an unnecessarily long time. One of the reasons for that is what seemed like digressions, though by the end of the novel some of them had been woven into the main case. There’s a subplot about Irene’s daughter Jenny flirting with neo-Nazism, for example, which leads to a fair amount of talk among the characters about young people today and their sense of disconnection from society as well as their distance from the history that is still so present for their elders. One of the more intense episodes involves one of Irene’s colleagues staging an intervention for Jenny in which he reveals that his own mother was conceived during the gang rape of a young Jewish girl, who died giving birth to her. Jenny, who has been raising questions about the reality of the Holocaust, is shaken up by this and by other confrontations with the real implications and horrific consequences of the anti-Semitism she had been brushing off as trivial in the song lyrics favored by her new skinhead pals. 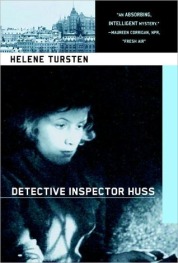 The novel’s central murder plot does not ultimately have anything to do with anti-Semitism or neo-Nazis, but it does have a lot to do with the “seamy underworld” mentioned in the précis. Even the most polished and privileged characters turn out to be at most one or two degrees of separation away from drug dealers, Hell’s Angels enforcers, or (as scary, if less socially contextualized) narcissistic sociopaths. Like the Beck books, that is, and like Henning Mankell’s novels, Detective Inspector Huss shows a pretty unflattering version of Sweden–though it’s no uglier than, say, Ian Rankin’s Edinburgh or Phonse Jessome’s Halifax. It’s in the nature of police procedurals to emphasize that the city familiar to the ordinary law-abiding citizens and tourists coexists with the grittier and more dangerous one the cops know. Tursten’s Göteborg has just that dual quality.

One thing Tursten’s novel does really well is show what it’s like for Detective Inspector Huss to cross back and forth between these worlds, doing her best to keep up with the needs of her family when she’s at home while maintaining the toughness she needs to take risks and act assertively or even violently at work. Though the style of the book made it hard for me to bring her quite into focus, Irene Huss herself is an intriguing character. She isn’t presented as a “strong female character” in the way that popular culture here would typically do that–which is too often some version of “she’s not like those other girly-girls”. Irene, in contrast, is quite multi-dimensional. Compared to a lot of male cops in this genre–maybe most of them?–she has a pretty good work-life balance and relatively healthy personal relationships. She does struggle sometimes with her family life, especially because of her long hours and the emotional toll her work takes, but she also shows and experiences tenderness. On the job, she is tenacious and professional, mostly managing to keep the stress or irritation she feels to herself. She is brave, even occasionally heroic: at one point she grabs a hand grenade that has been thrown through a window into a shed where she and a colleague are captive and hurls it out again just in time to save them from the explosion; at another point she crashes a patio umbrella through a window to disrupt an ongoing attack and a shard from the glass ends up killing one of the bad guys. Afterwards, however, she feels shock and grief: she is not hardened or numb.  Probably the most idiosyncratic thing about her is that she is a judo expert; her training is a source of personal strength and mental balance. 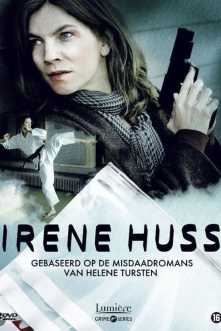 Something Tursten draws particular attention to is sexism in the police force. Irene herself is aware of and angry about it, but in this book at least she mostly chooses not to confront it directly. In contrast, her colleague Birgitta–who is assaulted by a witness she’s interviewing and then informs their boss Superintendent Andersson that she has also been experiencing ongoing harassment from another officer–has eventually had enough. First, when Superintendent Andersson asks if the witness has annoyed her “in some way,”

She exploded completely. With tears gushing from her eyes, she screamed, “Annoy! He shoved me up against the wall, grabbed my crotch, and bit me on the breast! I think I’m going to report him!”

Andersson hasn’t even had time to respond when “Jonny’s irritating voice was heard from the doorway . . . ‘You probably showed him what you had to offer, eh?'” Quite understandably at the end of her rope, Birgitta “shot across the room like an arrow” and drives her knee into Jonny’s crotch. “Personal best!” she exclaims; “Two guys with blue balls in less than half an hour!”

Jonny is manifestly an asshole, but Tursten also focuses on Andersson’s quieter but in some ways even more harmful sexism. Not only does he fail to hold Jonny accountable in any meaningful way, but he repeatedly thinks to himself that working with “broads” creates all kinds of problems. “The worst thing was that there were more and more of them,” he (silently) complains; “If they chose a male profession, then they had to accept the conditions and the lingo!” But Birgitta’s report, and her expectation that he take action, do shake him up a bit: “She was still standing with a lifeless expression on her face, waiting for his answer. Andersson had an unpleasant feeling of complicity, but in what?”

Birgitta’s “blue balls” comment is an example of a quality in Detective Inspector Huss that struck me as somehow slightly alien–a reminder that I was reading a book based in a culture that is not my own. The best way I can think of to describe it is that (again, at least in this translation) the novel has a kind of bluntness uncharacteristic of the Anglo-American crime fiction I usually read. It’s not that those books aren’t (sometimes) sexually explicit or graphically violent, or that they don’t often include plenty of swearing. There was just something about the tone or the idiom of the conversations in Tursten’s novel that seemed different, though I have been struggling with how to explain it. Another example: Irene recalls a male colleague who got the mumps as an adult, which caused his testicles to swell up “so grotesquely that he couldn’t walk. Unfortunately, his name was Paul, and he was always called ‘Paul Fig-Ball’ after that.” Poor Fig-Ball comes up a few more times during the rest of the novel and nobody seems to find it in any way an unseemly nickname. (These are just the examples I thought to highlight in my ebook; one problem with this technology is that I can’t flip through the pages easily to find others, including ones that aren’t about testicles! But I know there were many others.) 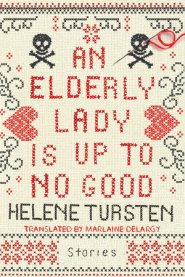 I’m curious to find out if anyone else in my book club found Detective Inspector Huss faintly foreign in this way, and also if I am the only one who found the style and construction awkward and stilted. If any of you have read it, or others of Tursten’s novels, what did you think? I found the contexts and characters in this one engaging enough, in spite of everything, that I might be willing to try another in the series, especially since the later books seem to have different translators–including Marlaine Delargy, who made the elderly lady’s misadventures so entertaining.