I am trying not to feel dissatisfied with the writing I did in 2019. For one thing, I deliberately took a step back from a certain kind of ‘productivity’ in order to develop ideas about what I hope will turn into some worthwhile projects. This kind of “fallow” time is rare and valuable and I think it is important not to accept the quantitative logic about “output” that treats it as unproductive. I had hoped to publish an essay about George Eliot in honor of her bicentenary, but in the end that pitch went nowhere; on the bright side, I was pleased to be given a bit more room than usual in the TLS for my review of Kathy O’Shaughnessy’s In Love With George Eliot, which could thus incorporate (albeit still briefly!) some of my broader ideas about how we think about Eliot today. 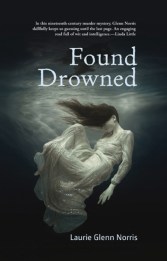 In any case, as it turned out, all of my publications in 2019 were reviews. For Quill & Quire, I wrote about Antanas Sileika’s Provisionally Yours (in March) and Laurie Glenn Norris’s Found Drowned (in June). For the TLS, I reviewed Tessa Hadley’s Late In the Day (in January), Joan Silber’s Improvement (in April), Jessica Howell’s Malaria and Victorian Fictions of Empire (in June), and Evelyn Toyton’s Inheritance (in November), in addition to O’Shaughnessy’s novel (also in November). I have one more review done and forthcoming in January (Emma Donoghue’s Akin, for Canadian Notes & Queries) and one more in progress, also forthcoming after Christmas (Marjorie Celona’s How A Woman Becomes A Lake, for Quill & Quire). Finally, I wrote a review of Tea Obreht’s Inland on spec; by the time I knew the publication I wrote it for did not want it, it was too late for any of the other editors I contacted about it to be interested. (Note to me: writing reviews on spec is a bad investment of time, energy, and angst!)

This isn’t really a bad run of reading and writing: there wasn’t any point in 2019 when I didn’t have a review underway in addition to whatever other work I was doing. I think one reason I nonetheless feel disappointed about what I have to show for 2019 is that although many of these books engaged and interested me, none of them excited me the way that, for example, Ghost Wall and Dear Evelyn did in 2018. While there is always some satisfaction in figuring out what to say about a new book (I sometimes think of it as contributing to the ‘contemporary reception’ section of some future ‘critical heritage’ volume!), some books offer more literary or intellectual rewards than others. This year’s list had no dreadful lows, but it also (for me) had no dramatic highs. In this respect, the books I read “just” for myself were a better bunch. (Stay tuned for my regular ‘Best of Novel Readings’ round-up about them!)

I did publish one more substantial thing this year: Widening the Skirts of Light, my collection of (non-academic) essays about George Eliot. It was a hard but (I still think) sensible decision to self-publish them. I wanted to create something a bit more stable and lasting from all that work than links to online publications that sometimes seem discouragingly impermanent; doing this also helped me with my plan to refocus my energy on different material by providing some sense of closure about that run of writing. The e-book has sold over 1100 copies on Amazon (for those who avoid Amazon, it’s also available on Kobo, or you can just let me know you’re interested and I’ll happily email you the file in the format of your choice). That’s a pretty tiny number, but when I consider what a niche topic it is, how few copies sell of most academic books, and how little sustained effort I have put into publicizing the collection, I’m actually pleased and surprised that it has found even that many readers. I know it is not a publication that will earn me any professional credit, but it made me happy to hear myself described as its author when I was interviewed about George Eliot on CBC: it represents writing and thinking I am proud of.

I consider my blog posts publications too, though of a different sort than the others I’ve tallied up here. Because of my sabbatical in the first part of 2019, I wrote quite a few ruminations on pedagogical and research goals, and as always I wrote (though not as often as I once did) about my teaching when I went back to it in the fall and about my reading throughout the year. There’s more to be said about all of these things so they’ll get their own posts. For now, though, it’s useful for me to see what 2019 looked like for me as a writer–and to think about how I can make 2020 a year that I look back on with more satisfaction.