Last Wednesday, because of the disruption from Hurricane Dorian it felt as if we were starting the term all over again. A week later, it finally feels as if we are getting into something like a routine–even though the add-drop (a.k.a. “shopping”) period is only just ending, so the list of registered students for Pulp Fiction has been changing literally every day. Still, the majority of students in the class have been coming since September 4, and the general air of uncertainty and anxiety is fading into the usual combination of commitment and resignation. Because it’s a 4th-year seminar, Women & Detective Fiction has been a more focused group from the beginning, but there too we are past the getting-to-know-you period and are (I think) comfortably embarked on what promises to be a really good term’s discussion. 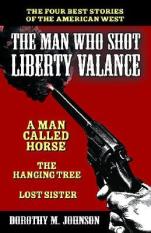 What have we done so far? Well, in Pulp Fiction we have done a bit less reading than usual by this point, but we’ve gone through all of the warm-up texts, starting with Lawrence Block’s “How Would You Like It?” and then, to set up our unit on Westerns, Sherman Alexie’s “My Heroes Have Never Been Cowboys.” If I am assigned this course again for next year, I would like to replace the Block story with something a bit more on point for the course themes. Alexie’s poem, on the other hand, has proved to be a really good opener for Westerns because it clarifies right from the beginning that this is a genre that both invites and deserves significant pushback. Our reading for Friday, for instance, is Louis L’Amour’s “The Gift of Cochise,” which I think is the worst of our Western readings in terms of flattening and dehumanizing its Apache characters. (I actually think L’Amour is trying to do better by them but does so through a version of the “noble savage” stereotype that doesn’t end up helping at all.) “My Heroes Have Never Been Cowboys” has primed us to see this as (among other things) a problem of point of view, one with both specifically literary and broader and still urgent social and political consequences. We read Dorothy Johnson’s “The Man Who Shot Liberty Valance” for today, which is a good story for challenging just what kind of cowboy really counts as a hero: as we discussed, the self-effacing Bert Barricune may be the best shot, but he’s a hero for a different reason–because he lets someone else take the credit and the girl. Next week we start Valdez Is Coming, which has not really gone over that well in previous years. Maybe third time’s the charm!

In Women & Detective Fiction we have just wrapped up three classes on Agatha Christie. Going over my notes from the last time I taught this seminar reminded me that we were struggling a bit, that year, to find enough to talk about–enough that, though I had forgotten about this until it was too late to make the change, I had resolved to assign a novel instead of the stories next time around. Happily, even sticking with the short stories, we had no such trouble this year! The class time has seemed to fly by: not only is it a keen group with plenty to say but the things they are noticing are often things I haven’t really focused on before. We talked a lot, for example, about role playing as a motif across the stories, from the overtly theatrical Jane Helier (an “actual” actress) to Miss Marple herself and the perhaps insoluble puzzle of how far her performance of self-deprecating femininity is a deliberate feint or strategy that enables her detective prowess and how far it is a way for Christie to sincerely re-value the qualities Miss Marple displays. Today was student presentation day and in addition to some useful discussion of her life and works we did an exercise in crime solving ourselves based on her mysterious 11-day disappearance. Next up in this class: Nancy Drew–and one of my students turns out to be an avid Nancy Drew fan and collector, so she is going to bring in some of her early editions to show us. I’m excited: if everyone stays this lively and engaged, it’s going to be a great term.

7 thoughts on “This Week In My Classes: Cracking the Case”