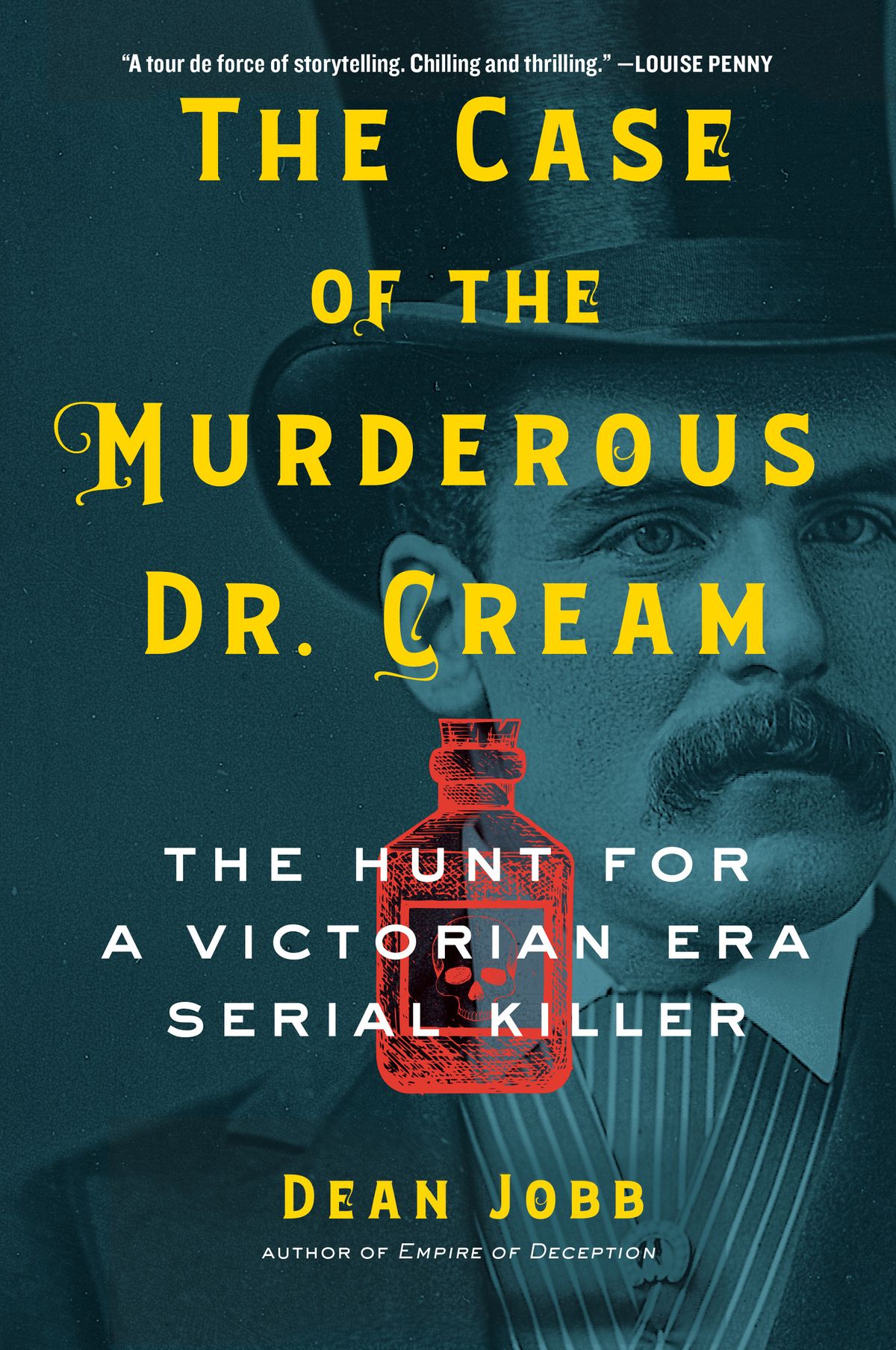 Scotland Yard finally recalled Jarvis in mid-September. He walked down the gangway of the Allan Line steamer Mongolian in Liverpool on September 28, after more than three months of “exhausting enquiry,” as he put it. His interviews and discoveries told the story of a promising young Canadian physician who, like some real-life Dr. Jekyll, had been transformed into a monster. He was an abortionist. A blackmailer. A devious poisoner. A cold-blooded killer.

True crime isn’t usually my genre of choice, but Dean Jobb’s The Case of the Murderous Dr. Cream: The Hunt for a Victorian Era Serial Killer sounded too good to resist. Full disclosure: though we don’t know each other well personally, Dean and I are colleagues at the University of King’s College. On this basis I actually turned down an invitation to do a “proper” review of this book, as it seemed like a conflict of interest. Also, how awkward it might have made faculty meetings if I didn’t like it and had to declare as much publicly! But I did like it, and that makes me glad I have my own space where I can now go ahead and say so.

The Case of the Murderous Dr. Cream overlaps with a range of my own teaching and research interests, especially the Victorian period and the history of detective fiction, including some attention to the history of policing. While a lot of the book’s general context was thus familiar, I enjoyed the vivid details, especially Jobb’s evocative descriptions of settings from the seedy streets of Lambeth to the grim cells of Illinois’s Joliet Prison. Jobb makes the most of Cream’s Sherlock Holmes connections, too—not just as a model for the police officers who end up on Cream’s trail, but through the real life connection between Cream and Arthur Conan Doyle’s mentor, Dr. Joseph Bell, who was one of Cream’s examiners at the College of Surgeons in Edinburgh. “Not even Joseph Bell,” Jobb comments, “for all his superhuman ability to observe and deduce, sensed the evil lurking within Thomas Neill Cream.” 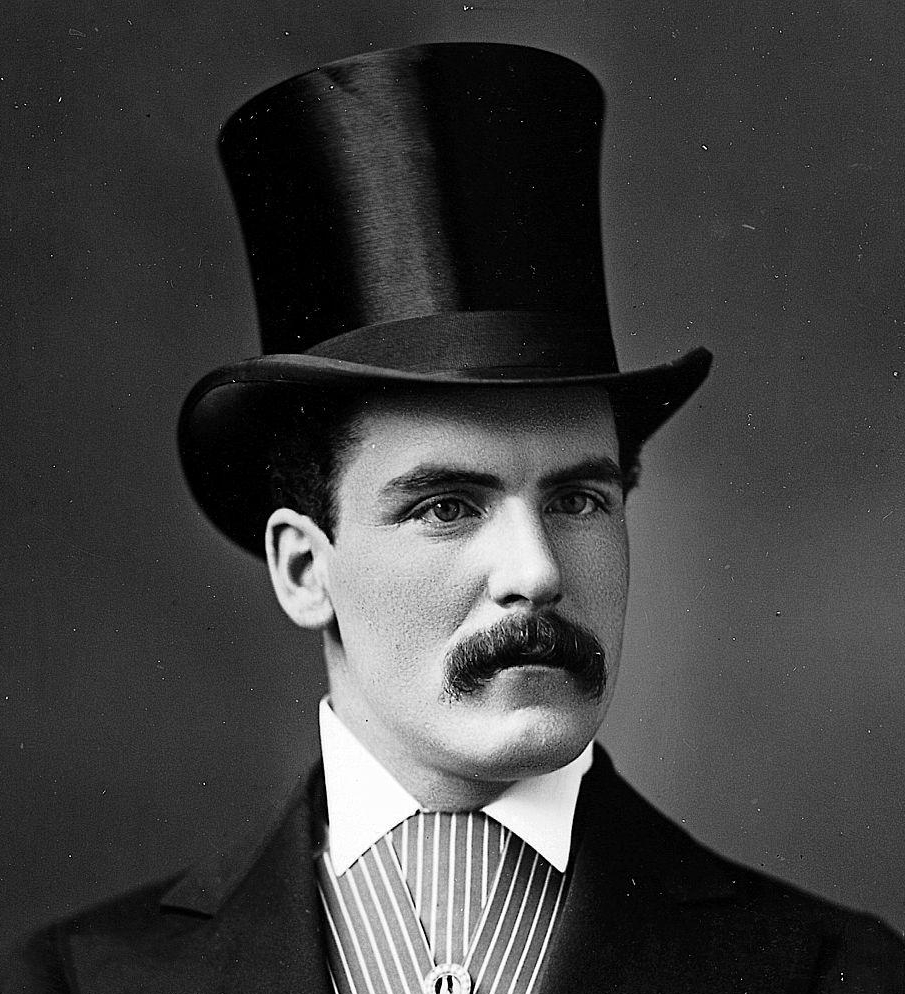 And Cream really was evil. For all Cream’s notoriety, both in the 1890s and among aficionados of serial killers in general and Jack the Ripper in particular, I knew nothing about him before reading this book. A lot of the fun (if that’s the right word!) of The Case of the Murderous Dr. Cream is following the trail of his known and suspected killings, as well as the twists and turns of various efforts over decades to prove his guilt definitively—so I won’t go into detail about all that here. Jobb’s research is extensive and meticulous: he explains in a note on his sources that “every scene is based on a contemporary description of what occurred and where events unfolded; all quotations and dialogue are presented as they were recorded in newspaper reports, memoirs, police reports, and transcripts of court proceedings.” The result is a remarkably specific and vivid account that gives a really complete picture of everything except what is perhaps the most baffling and disturbing aspect of the case: why Cream did what he did. Jobb notes that the concept of “serial killer” was not around at the time of Cream’s murders, and neither was “psychopath.” An attempt was made after his (last) trial to argue that he was legally insane, but it did not prevail. All that could really be said about him was that he was a monster. 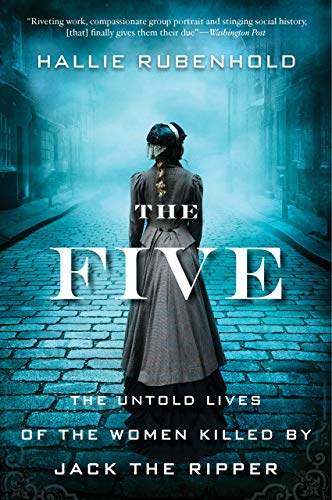 The story Jobb tells about Cream is gripping; it is also pretty grim, and for me the very appeal of reading about such horrors always raises anxiety about prurience, about turning suffering—such as the agonies experienced by Cream’s many victims—into consumable spectacle. I didn’t think the book itself treated the victims sensationally or disrespectfully, and Jobb never invites us to root for Cream, which is a risk when portraying cat and mouse games between criminals and crime fighters. There’s nothing sympathetic about Cream at all. Still, I did appreciate Jobb’s epilogue, in which he puts the case into its broader political and ideological contexts:

Nine of Cream’s ten known or suspected victims were women. The sexism and hypocrisy of the late nineteenth century served as his unseen accomplices, driving the vulnerable and the desperate into his clutches . . . The pervasive sexism and inequality of the times isolated the prostitutes and pregnant, unwed women alike, relegating them to the margins of society. Women came to Cream seeking an illegal abortion, or medicine to induce a miscarriage in order to escape the stigma, or “the living death,” of having a child out of wedlock. Poverty, unemployment, and the limited opportunities available for unmarried women drove or lured other women into prostitution . . . The “degradation and defenceless condition” of Cream’s Lambeth victims, the South London Chronicle noted with a tinge of guilty conscience, “appealed in vain for protection.” Little was offered.

Jobb draws a number of comparisons to Jack the Ripper and his victims, who were similarly marginalized and unprotected. (He also addresses the theory that Dr. Cream was Jack the Ripper—untenable, it turns out, as for those murders Cream actually “had an iron-clad alibi.”) He cites Hallie Rubenhold’s The Five several times, and while that book too sounds fascinating and atmospheric as well as important as a counter-narrative to other perspectives on its even more infamous murderer, I am not sure I want to spend more time in this grisly territory! If this is the sort of thing you like, though, The Case of the Murderous Dr. Cream is definitely for you.

5 thoughts on ““Some Real-Life Dr. Jekyll”: Dean Jobb, The Case of the Murderous Dr. Cream”