The second half of term, and especially the couple of weeks right after our November reading week (which falls uncomfortably late in the term, as I’ve often complained), always go by in a mad rush. This term has been no different in that respect, except that the mad rush has just been more of the exact same things I’ve been doing since September: staring at the screen, typing, clicking, staring some more, typing, clicking. Because we have the same routines on Saturdays and Sundays as on every other days of the week, too, it really all just blurs into one long sameness, one continuous stretch of staring and typing and clicking, with just our daily walks, our meals, and our evening television as interruptions and diversions. 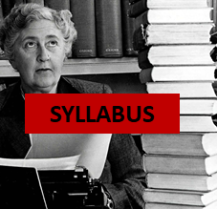 It hasn’t been all bad, though. I said back in October that given the choice, I’d never teach all online again, and that remains true. But would I never teach online again at all, ever, if it were up to me? I can actually imagine, now, that there might be circumstances in which I would appreciate some features of online teaching, especially if the rest of my life were restored. I don’t miss early morning starts, and once wintry weather arrives I will be glad not to be forced out into it. If I had to – or chose to – be somewhere else for a while, I wouldn’t be so constrained by the implacability of the academic calendar. And it’s not all new to me any more: though I don’t love Brightspace, I know my way around it a lot better than I did in May, for one thing, and when I recorded my concluding lectures for my courses I felt much more comfortable and confident in front of the camera than I did when I made my first videos in August.

Over the last week or so, in the lull between the incessant weekly tasks of this term’s classes and the arrival of their final essays and exams, I have been finalizing the syllabi and working on the course sites for next term’s classes, and while I certainly don’t think I have got this whole thing figured out, I do feel as if I’ve learned a lot by doing it once that will help me do it better. Right now it seems about 50/50 that we’ll be going back to in-person teaching in Fall 2021: with the roll-out of vaccines beginning even as I write this, it isn’t impossible that by then enough of us will be protected that some semblance of normalcy will have returned, though we are still in such uncharted territory that it would be foolish to assume anything about the future. I would still rather teach online than be back in a classroom hamstrung by necessary safety measures and shadowed by anxiety. Maybe even once classroom teaching is securely the default once again, there will still be times when I will be glad to have acquired this experience and to know that I can do it again if I have to or want to.

So what have I learned? In addition to the technical stuff – Brightspace and Panopto and Collaborate, oh my! – I have learned, as a lot of other people have too, that the best advice and methods for online teaching may not be the best advice and methods for online teaching in these circumstances. “Formative” assessments, scaffolded assignments, regular low-stakes engagement exercises: they may all be (and in fact I believe they are) pedagogically effective, but when we all start doing them all at once with students many of whom are used to more episodic kinds of engagement (essay assignments, midterms, final projects, etc.), the overall effect is overwhelming. I spent a lot of time puzzling over exactly the issue addressed in that linked essay: in my mind, as I planned my courses, if anything I was requiring much less work than usual, as I’d cut back the reading assignments and instead of three class meetings a week students had “just” a couple of short videos to watch and some informal writing to do, plus the usual papers and tests.

What I think I had miscalculated, however, is how little specific accountability there really was in most of those classroom hours: students could do all the reading and come prepared to discuss it, and some certainly did, but others didn’t, or didn’t always, and they could count on that time as useful but passive, a chance to listen in on what the rest of us had to say without having to generate material of their own. The new expectation that they “show up” in writing seemed like a great opportunity to make sure the talkative portion of the class wasn’t the only part that I heard from, and that was a good aspect of it. Even for the students who typically did the readings and did want to talk about them, though, the written alternatives felt harder, I think, and created more pressure, no matter how hard I tried to explain that they were meant to be low key, not high stakes. Plus, again, if every class is asking for a constant stream of input, the logistics alone probably get bewildering.

That said, I’m still going to ask for online discussions in my winter term courses! Expressing your ideas about what you’ve read in words is the fundamental task and method of literary studies, after all. I lessened the requirements in one of my classes this term, once we started to hear reports of students being overwhelmed, and for next term I have (I think!) made the requirements more streamlined, and also explained better what the terms and expectations are. In retrospect I should perhaps have scaled things back in my first-year course, where I was (still am!) doing my first experiment with specifications grading – but I honestly didn’t expect that so many of them would fix on and stay fixed on fulfilling the most demanding bundle. I expected a much larger number to decide that level of effort was a bit much just to cross off their writing requirement: instead, knowing it was achievable with enough persistence seems to have motivated a significant portion of the class to do a lot of regular writing. They will have worked very hard on a whole range of tasks, so I certainly don’t begrudge them their As, though this is something I will think more about when (if) I do specifications grading again – which will have to be the subject of its own post when the term is really and truly over and I have a more complete sense of whether or how the experiment succeeded or failed.

Once again I seem to be focused in this teaching post primarily on logistics and methods rather than on the content of my courses: this has been my lament all term, really, because compared with just showing up to class with my book and my notes, offering an online lesson or module is just a whole lot more complicated. Reviewing my recorded lectures as I made up review handouts and final exams, though, I was pleased to see that they are pretty substantial. Within the relatively simple options I chose to deliver them (basically, just narrated PowerPoints, pretty much all under 15 minutes each) they are as interesting and creative as I could manage; thinking of ways to present ideas in this format, especially ideas derived from or modeling close reading, was conceptually challenging. That was my favorite part of each week’s class prep, and I’m actually kind of looking forward to doing more of it next term, especially because I’ll be working with readings that I know really well, which makes the jump from “what’s next?” to “what do I want to say about it?” much easier. 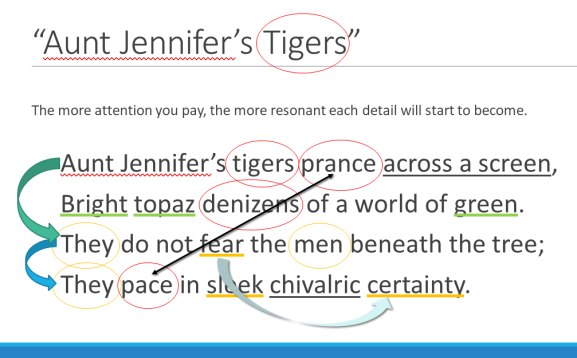 This term isn’t over yet, though: starting tomorrow I’ll be deep in exams and essays, which is at least par for the course, for this point in the year. Despite the monotonous way one day has blurred into the next, and the difficulty of keeping my spirits up in this surreal, isolated, scary time, I’ve been grateful that my work has continued and has kept me so busy that I can marvel that it’s “already” December. I expect that next term will be much the same – and maybe by the time I look up from my screen and marvel that it’s “already” April the tentative optimism sparked by today’s good news will have turned into genuine hope for the future.