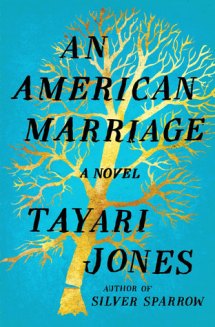 We believed we could talk this out, reasoning our way through this. But someone was going to pay for what happened to Roy, just as Roy paid for what happened to that woman. Someone always pays. Bullet don’t have nobody’s name on it, that’s what people say. I think the same is true for vengeance. Maybe even for love. It’s out there, random and deadly, like a tornado.

I was irrationally surprised at how personal a story An American Marriage tells. I say ‘irrationally’ because it’s right there in the title, after all! Still, the novel’s premise made me expect something different: less about love and more about injustice, less time at home and more time in court and in prison. One of the novel’s underlying ideas is that you can’t separate these things: of course everything in the book that is personal is also political, everything that happens to its central characters and especially to Roy cannot simply be called ‘private life’ as if the action of the novel isn’t directly affected by larger public and systemic forces. What happens to Roy in prison, too, though we see very little of it directly, affects the whole direction of his character when he is released. “Roy,” Celestial says,

“Tell me the truth. Would you have waited on me for five years?”

He twitched that same shrug. “Celestial,” he said, like he was talking to someone very young, “this shit wouldn’t have happened to you in the first place.”

Roy’s laconic response is all the more powerful for its lack of hyperbole. There it is: the persecution, injustice, and suffering Roy has endured is not personal but representative–and yet he experiences it as a specific individual, as do his family and friends, and that’s what the novel is about.

But something in the balance between this story and the actual plot of An American Marriage seemed off to me. Roy’s imprisonment turns out to be little more than a device, a galvanizing force for the development of a fraught love triangle. The novel handles his time ‘away’ almost lightly, and mostly indirectly, with an epistolary section in which a lot of what matters can’t be or isn’t talked about. Then when he comes out we are propelled into Celestial’s ethical quandary, as she chooses which of the men she loves she will stay with. In fact, a lot of the argument is about which of the men she loves she should stay with: although both men at several points remark that she is nobody’s property, one thing that bothered me is the pressure on her–not just from them but, I felt, from the novel itself–to choose rightly between them. There’s more emphasis on what her choice means to and about Andre and Roy than on what Celestial really wants–although, to be fair, that’s partly because she too seems preoccupied with herself in relation to them. Maybe, the novel seems to be saying, what you want doesn’t matter as much as what you owe someone else, particularly the person you said your marriage vows with. But I found the almost talismanic force attributed to marriage by many characters in the novel uncomfortable and constricting, even though by the end of the novel its grip on Celestial has been loosened. 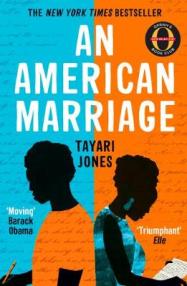 There was also something uncomfortable for me in the way gender roles were defined in the novel, especially by Roy. It’s tricky, of course, with first-person narratives, to figure out how or if a book is asking us to step back from a character’s attitudes. I didn’t think, though, that Roy’s view of women as men’s saviors was set up as clearly problematic, though it certainly struck me that way. “The vast generosity of women is a mysterious tunnel, and nobody knows where it leads,” Roy says near the end. “Sometimes,” he also remarks, “the only thing that can cure a man is the inside of a woman, the right woman who does things the right way”; he credits the woman he sleeps with right after his release from prison as having “showed me how to be myself again.” “It wasn’t purely sexual,” he insists, but that’s about all we’ve seen of it. Like marriage, sex seems to be given some kind of prevailing power to define or assert character and value.

These problems converged for me in the final scene with Roy and Celestial, in which she has taken him back and they are about to have sex. Roy ultimately refrains on the grounds that even though she is “offering herself to me like a banquet prepared in the presence of my enemies, like a flawless red pear,” she isn’t really truly willing: he recognizes that she is taking him back and “offering herself” because she believes she is obliged to, not because their marriage still means to her what it means to him. He’s not wrong–“I have to do this,” she tells Andre when she sends him away–but I had a hard time receiving this moment as the ethical turning point it was presented as. That he pushed her this far (and that she acquiesced) made me wonder what they (and possibly Jones) think love is, especially because not that many pages before he leans over her in bed saying “I could take it if I wanted to.” “A woman doesn’t always have a choice, not in a meaningful way,” Celestial said just before that, as he led her through the house to bed:

Could I deny Roy, my husband, when he returned home from a battle older than his father and his father’s father? The answer is that I could not.

Her callback to the systemic and historic problems that instigated their personal catastrophe is powerful but also disturbing. Surely the real answer is that she can, and that if she wants to, she should. It can’t be that both she and Roy think the price she should pay for the racism that puts him in jail is her autonomy. 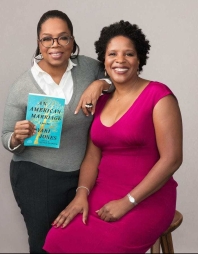 The ending of the novel backs away from this tangled web of private and personal claims and answers Celestial’s question in a better way. Arguably, it repudiates the claims Roy made on her as well as her belief that love and marriage create not just ties but debts, and perhaps also asserts the primacy of the individual life as the right measure of ethical standards. (I’m not sure about these interpretations, though.) Overall the resolution seemed right to me; less so, the terms of the preceding debate itself. And that debate seemed to me the most interesting thing about the novel: it is artfully constructed, but the different narrators didn’t sound markedly different from each other and there didn’t seem to be a strong artistic reason to do the prison term through letters, though I’d be interested to know if anyone else saw something thematically resonant in that formal choice. It’s a very readable novel, perfectly pitched and crafted to provoke discussion about Celestial’s choice. (Presumably that’s some of what made it a perfect Oprah choice.) But by the end I thought the whole was, somehow, less than the sum of its parts.

6 thoughts on ““Someone Always Pays”: Tayari Jones, An American Marriage”