One of my plans for my upcoming sabbatical is to reconsider and possibly refresh my reading lists for courses I offer frequently. It may be that the reading and rereading I do confirms my usual selections, or that it gives me ideas for mixing things up a little, or that I get inspired to rethink my approach altogether–we’ll see! It isn’t that I’m dissatisfied or trying to fix anything in particular about these courses, which usually go very well. It’s just that book orders for the next year come due in the middle of term when I’m too busy to do this kind of exercise. I don’t want change for the sake of change, but I also don’t want to slide into complacency or let my classroom conversations stagnate.

First up for reconsideration are English 3031 and English 3032 (The 19th-Century British Novel from Austen to Dickens and from Dickens to Hardy). They replaced a full-year survey course on the novel that covered the 18th- and 19th century (that was one of the first courses I taught at Dalhousie and it was a lot of reading and a lot of fun!) and a full-year Honours seminar on the Victorian novel (also a lot of reading and a lot of fun!). Now they are are sandwiched in between other more or less period-specific fiction courses: The Novel to 1820 (“from Behn to Austen”) and Fiction of the Earlier 20th Century (not necessarily British) and British Literature of the Earlier 20th Century (not just the novel). In addition, we offer a range of genre-specific courses likely to include a fair amount of 19th-century British fiction, including Mystery & Detective Fiction, Gothic Fiction, Foundations of Science Fiction, and Children’s Literature. I also regularly offer a 4th-year seminar on sensation fiction. 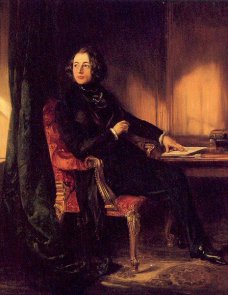 This context explains the choices I typically make for the 19th-Century Fiction Austen-Dickens-Hardy courses: in our curriculum, there are other courses that focus on particular kinds of fiction from the period, so I stay away from works in those categories (such as Frankenstein or Dracula, for example, or Alice in Wonderland) that I know students will read elsewhere and focus primarily on realist, domestic, historical, or social problem novels. I start with Austen, but I tilt English 3031 towards the Victorians, rather than the Romantics, because they have their own classes; similarly, I end English 3032 with Hardy and (with regret) leave Forster and his fellow Edwardians to the later courses.

Over the years, it turns out I have taught 31 novels in these courses, in many different combinations. Here’s the complete list:

Besides books like Frankenstein that I know are covered frequently in other courses, probably the most obvious absence from this list is Wuthering Heights. I have read it more than once but never taught it, for the simple (if perhaps indefensible) reason that I like the Brontë novels I do teach much better and the maximum of five books per course that seems realistic to me is a zero-sum game. Also, my colleague Marjorie Stone, who loves Wuthering Heights, regularly offers an upper-level seminar on the Brontës. This winter is her last term in the department, however: her impending departure is another reason I am taking stock in this way. Wuthering Heights is (sigh) near the top of my “reread in 2019” list.

What alternatives might there be to other books on this list? There are many I’ve considered before and rejected, either from lack of interest or for logistical reasons. I can’t imagine choosing Agnes Grey, The Professor, Shirley, Sylvia’s Lovers, or Ruth, for example, over the books by those authors already on my list. Where the choice seems clear to me, I go with the best books. (Remember, it’s a zero-sum game.) I think Wives and Daughters is wonderful but it’s very long and I dare to assign only one very long novel per course: maybe one year Wives and Daughters will win this peculiar lottery, but that would mean no Vanity Fair, or no Bleak House, or no Middlemarch. That’s also the case with No Name and Armadale: I really enjoyed them, but they are very long and, for my purposes, The Woman in White is just fine. I would like to teach The Way We Live Now–but again, it would require balancing it out with shorter books across the rest of the term. This is always possible to do, but so far I haven’t felt that these other Very Long Books are worth displacing my favourites for. 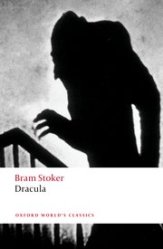 So besides Wuthering Heights, what other alternatives am I contemplating? Well, to start with, I’m reconsidering the way I have always avoided Frankenstein and Dracula, as well as Dr. Jekyll and Mr. Hyde and The Picture of Dorian Gray. For one thing, soon we’ll be down to one Romanticist in the department and it isn’t clear how often Gothic Fiction will be taught after that. For another, it has been a while since I read any of these novels and I’d like to see how they’d fit into (or disrupt) the discussions I usually have. There are Dickens novels I’ve never read (including Nicholas Nickleby and Dombey & Son) and ones I haven’t read in years (including Oliver Twist and Our Mutual Friend): especially since I assign Dickens in both 3031 and 3032, it would be nice to have more options. Gissing’s New Grub Street is on my re-read list: The Odd Women always goes over well, and New Grub Street seems very timely. It has been decades since I read The Mayor of Casterbridge, The Return of the Native, or Far From the Madding Crowd: I should at least check if Tess and Jude really are my best options for Hardy. Much as I love Waverley, it is always a very hard sell; I’d like to give both The Bride of Lammermoor and Ivanhoe another look. I’ve only ever assigned Margaret Oliphant in a graduate seminar: I’d like to review at least Miss Marjoribanks, to see how it might go over in an undergraduate course. I haven’t read any Meredith, so I will probably give The Egoist a try. I’ve never read any Kipling, either; 2019 will be the year in which I finally read Kim.* 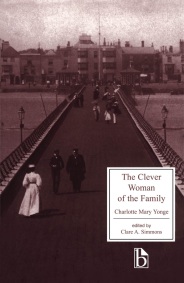 There’s another dimension that I need to give further thought to, and that’s which less canonical writers or genres I should work into these plans. I’ve made it this far without reading any novels by Bulwer Lytton or Disraeli or Charlotte Yonge, any “silver fork” novels or Newgate novels or, besides The Odd Woman, any ‘New Woman’ novels. I haven’t read Ouida or Marie Corelli or Amy Levy, or H. G. Wells or* …. but then, the list of books I have read is always (and always going to be) much shorter than the list of books I could have read. The challenge is always deciding which of those are books I really should have read. In the end it’s about defining purposes and drawing lines, which are always exercises in artificial precision. For my current fairly narrow purpose–refreshing the reading list for two undergraduate courses already defined by what they are not–the authors I’ve already identified as priorities are probably more than enough to take on, but if there’s a story about the 19th-century novel from Austen to Hardy (that is, roughly from 1815-1890) that you think I can’t tell, or could tell better, with the help of someone I seem likely to overlook, I’d be happy to know!

*If you are shocked at these gaps in my literary education, you should also know that for a long time my ‘Humiliation’ winner was The Heart of Darkness, but I did finally read that. I don’t think either The Egoist or Kim would win the game.

20 thoughts on “Refreshing My Reading Lists I: Victorian Novels”