This is not my son, Johanna had said.

And at once Nóra, her heart fluttering at his screams, saw that the boy was not, could not be the child she had seen in her daughter’s cabin. Her eyes began to water, and she saw plainly the puckish strangeness that people had been speaking of. All those months she had thought there was a shadow of Johanna about the boy, a familiarity that anchored him to her. Martin had seen it, had loved him for it. But now, Nóra knew that nothing of Johanna ran through this child’s blood. It was like Tadgh said. She had not recognised him as her own because there was nothing of her family in the creature. He was a cuckoo in the nest.

Hannah Kent’s The Good People immerses us in a world in which life is hard, illness and death are familiar, and superstition (or lore, or folk wisdom) rules. At the center of the novel is Nóra, a widow left responsible for the care of her dead daughter’s son Micheál. Once to all appearances a healthy child, Micheál has become weak, inarticulate, fretfully miserable; he screams and wails all night and needs constant vigilance and care, including bathing as he incessantly wets and fouls himself. Looking after him is wearing Nóra out:

She felt suffocated by the constant neediness of her grandchild. He made her uneasy. The night before she had tried to encourage him to walk, holding him up so that his feet brushed the ground. But he had thrown his red head back, exposing the pale length of his throat and the sharp ridges of his collarbone, and screamed as though she was pressing pins into his heels.

“Perhaps,” she wonders, “she ought to fetch the doctor again,” but she has gone that troublesome and expensive route before and been told there was nothing the doctor could do for Micheál. “In the valley the sick were faced with the usual crossroads of priest, blacksmith, or graveyard,” she concludes–“Or Nance.” 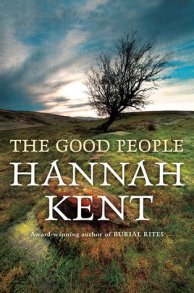 Nance is a a healer and “handy woman” (midwife) who offers herbal cures and charms and other services to the local people. She believes (as do most of her neighbors) in the presence and power of the ‘Good People’ or fairies. Kent takes her time establishing how pervasive and powerful this belief is, distinguishing it from casual “superstition” and working to convey what the world looks and feels like to people imbued with convictions about threatening supernatural beings with designs on them–the effort they go to warding off misfortune and illness, the fear of missing a crucial sign or step that might have ominous consequences in their lives. “Sure, ’tis a dangerous time for a woman when she’s carrying,” Nance warns a man who comes seeking her help to protect his pregnant wife:

‘Tis a time of interference. Your wife is on a threshold and can be pulled back and forth. Either into the world we know, or the one we don’t. And ’tis true, what you say about the Good People. They are much given to taking young women. I’ve never known a woman to be swept into the fairy ráth by here, but ’tis not to say they won’t or haven’t.

The anxious husband hangs on her every word. “All will be well,” she assures him, “if you do as I say,” and her advice includes doing all the chores so his wife can rest, giving him “bittersweet” berries to “urge her into a deeper sleep,” and making a “cross from birth twigs” to nail over the bed to guard her.

Nance seems a benign figure at first, utterly sincere in her beliefs and selflessly dedicated to the well-being of others; we are on her side against the skepticism of the new local priest, who opposes her practices as irreligious. The stakes are raised, however, after she is called in by Nóra to help with Micheál. Nóra is convinced, and Nance confirms, that her daughter’s son was stolen by the fairies and replaced with a changeling; the only way to bring the real Micheál back is to drive out the usurper, and with the reluctant cooperation of the girl Nóra has hired to help with  Micheál’s care, she and Nance undertake a series of measures guaranteed, Nance insists, to bring this about.

Kent depicts the effects of their efforts on Micheál with ruthless vividness. If we haven’t already wondered if, for all her sincerity and good intentions, Nance might do more harm than good, now we are brought face to face with what, under a different explanatory framework, looks simply and horribly like child abuse. They administer foxglove, for example, which causes convulsions:

He shook in their grip like a rabid dog, his mouth rent open in a terrifying gape, arms rod-straight and trembling, and his head shaking from side to side as though in terror of what was being done to him.

They swing the child–wet from being dunked in a bath of steeped foxglove, freezing from the night air–back and forth, calling “If you’re a fairy, away with you!” When this treatment fails to restore the “real” Micheál to his body, Nance leads them to the river, where they plunge the “fairy-child” repeatedly into the rushing cold water: “She had the sense that the changeling fixed her eye as the water flooded over his face for the third time, bubbles streaming from his mouth.” Finally Mary, the young servant, rebels: “As soon as he saw we were on our way to your cabin,” she tells Nance, “he started up with the screaming,” which Nance explains easily – “the wee changeling doesn’t want to be going back under the hill!” “‘Tis a sin!” Mary cries out as Nance prepares to dunk the screaming child again, but Nóra and Nance are resolute, and as they hold Micheál under the water Nance finally sees that “the river had taken the fairy as one of its own.” 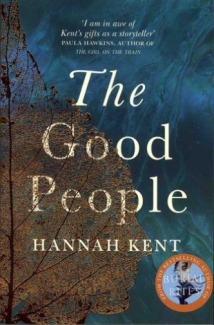 My attention had been flagging a bit before the women’s efforts to cure Micheál picked up the pace of the novel; I wasn’t sure we needed quite so much time and detail spent on context, on evoking the place and time (Ireland in the 1820s) and people’s lives without much action. In retrospect, I understand better why Kent balanced the elements of her novel the way she did: we need to arrive at Micheál’s treatment / torture prepared to counter the visceral horror it evokes against the truth she has set up, which is that to the women involved it is not abuse or cruelty but a good faith attempt to save a child they genuinely believe has been stolen by the fairies. The novel is not set up (as, for instance, Emma Donoghue’s The Wonder is) as a contest between competing belief systems, much less an interpretive challenge to us about which version of events to believe, the ‘rational’ or the supernatural. We do end up at a trial in which both Nance and Nóra are held accountable in ways that run completely contrary to their version. Though it is hard not to agree with the prosecution that they have done a terrible thing, Kent has made sure we see their actions as reasonable and justifiable to them.

What’s less clear is whether that is supposed to push us towards a kind of historical or cultural relativism, putting aside our condemnation on the grounds that they can’t be blamed for not having modernized, for acting as their whole community believe is reasonable under the circumstances. It’s true there is some dissent within that community–from the priest, but also from others who are not newcomers, who look at Micheál and see a “cretin” rather than a changeling, a sick child in need of care rather than an interloper to be expelled. Perhaps their opposition is meant to set Nance and Nóra up for judgment, but the affect of The Good People is mostly against that: Micheál’s suffering is vivid but so too is Nóra’s grief, and Nance’s increasingly desperate conviction that she’s doing the right thing. I would be more excited about the novel if it had been structured more overtly around these intellectual questions rather than mostly just depicting the setting and letting events play out–if Kent had framed Nóra’s story, perhaps, with the trial that results and integrated some narrative commentary that deliberately centered the dilemma of judgment and questions about whether change is the same as progress. I like my historical fiction with a side of exposition; I want not only historical colour but ideas about history, not left mostly implicit (as they are in this case) but as part of the novel’s apparatus. Still, The Good People ended up being a powerful and moving story: I’m glad I persisted with it, and I’m going to be haunted by Micheál’s pale face and sad fate for a long time.