Both of my classes are focusing a lot on masculinity right now, particularly on representations of or challenges to ideas of masculine heroism.

In Pulp Fiction, we’re working our way through Valdez Is Coming. Valdez epitomizes a certain kind of Western hero: he is a man of few words, a man whose actions speak for him, whose principles are hard for him to articulate but are nonetheless non-negotiable for him. Leonard really emphasizes, though, that living up to his principles is not a no-brainer for Valdez, who often seems a bit frustrated with his own compulsion to do what he thinks is right. “What do you need besides this?”he wonders, sitting with the horse-breaker Diego Luz listening to Diego’s children play around the house:

To have a place, a family. Very quiet except for the children sometimes, and no trouble. No Apaches. No bandits raiding from across the border. Trees and water and a good house.

But he doesn’t stay put: he goes back again to Mr. Tanner, the man who instigated the situation that led to Valdez shooting an innocent man, the man Valdez needs to persuade to go along with his plan to provide restitution to the dead man’s wife. “I’m talking about what’s fair,” he tells Mr. Tanner, a seemingly simple statement that says everything about the difference between them.

Valdez doesn’t particularly want to be a tough guy: he doesn’t go to Tanner’s seeking a confrontation, though it’s clear to him by this point that he’s going to get one. He is resolute, and once the conflict begins he’s prepared to do whatever it takes to win it, but I find it interesting that Leonard makes it seem like an act of will, not an inevitability, as if to say that being such a man is a difficult but necessary choice. That puts the novel’s less principled characters (like the miserable mope R. L. Davis) in a worse light, because they aren’t just weak (Valdez too has weaknesses) but choose their weaknesses (including moral weakness) over real strength, including moral strength.

Valdez is a somewhat reluctant hero. He doesn’t ride into the novel like a man on a mission–at first, he’s just a man doing his job, and he’s not even that committed to his job:

Once he faces injustice, though, and especially once he’s felt the full force of Tanner’s malicious bullying, he becomes the unrelenting agent of retribution he needs to be. In that sense he’s an interesting parallel to Robert Audley, whom we are currently discussing in Victorian Sensations. When his novel begins, he just wants to laze around Fig Tree Court and read French novels and not be bothered; like Valdez, he’s forced out of his relative placidity by an injustice he can’t leave unaddressed. The morality of Robert’s mission is murkier, though: what exactly the stakes are in his pursuit of the truth about Lady Audley is something we’re discussing a lot at the moment. It’s true he believes she has murdered his best friend, but he often seems more concerned about the pain her presumed duplicity will cause his uncle than anything else.

Also like Valdez, Robert Audley is not 100% committed to his quest for justice–again, at least at first. We talked this week about his initial lack of interest in “being a man,” from his general indolence to his indifference to his besotted cousin, who keeps throwing herself at him. Robert Audley starts the novel as a mope, albeit a charming and good-hearted one, and only his strong bond with the mysteriously vanished George Talboys eventually stimulates him to principled action and self-assertion. It’s a bit hard to tell if the newly amped-up Robert is supposed to be truly heroic or whether Braddon is poking fun at him, especially when he starts ranting about how much he hates women for always causing so much trouble: 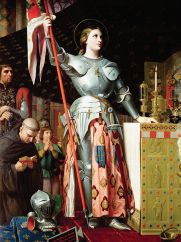 They don’t know what it is to be quiet. They are Semiramides, and Cleopatras, and Joan of Arcs, Queen Elizabeths and Catherine the Seconds, and they riot in battle, and murder, and clamour, and desperation. If they can’t agitate the universe and play at ball with hemispheres, they’ll make mountains of warfare and vexation out of domestic molehills; and social storms in household teacups. . . . They’re bold, brazen, abominable creatures, invented for the annoyance and destruction of their superiors. Look at this business of poor George’s! It’s all woman’s work from one end to the other.

Robert’s maturation into a responsible adult is certainly the result of women’s interference with his privileged do-nothing existence. They may end up making a man of him, but he clearly resents it, and one way of reading the ending of the novel is that he gets his revenge–which may or may not be heroic, depending on how you read the rest of the novel, especially Lady Audley herself.

My personal hero this week is George Munro, patron saint of Dalhousie’s much-appreciated February long weekend. It has been a tough couple of weeks of bad weather and frayed nerves, so I am happy to have no classes tomorrow. I have tests to mark and reading to do, but neither of these tasks requires me to venture out in the snow.