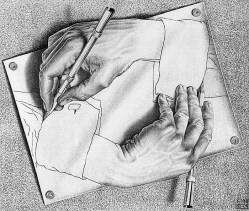 In case you were wondering why it has been so quiet here at Novel Readings, I’ve been grading papers industriously, trying to get through them as efficiently as I could consistent with still paying really close attention. I did well at sticking with it, partly thanks to my students, many of whom wrote really good essays! Not only does that speed things up, but it makes the whole process more enjoyable.

I finished with the essays yesterday and now my final grades are all filed as well. It feels good to have wrapped up the term’s work, not least because next term is already looming on the horizon and I still have a lot to do in preparation for it. I also have some book reviews to get done before January — I filed one today, in fact, and hope to get a good start on the next one soon. But it’s also the holiday season, and that means some fun and relaxation as well, including my book club’s annual pot luck dinner tomorrow, at which we will discuss Gerald Durrell’s delightful memoir My Family and Other Animals.

Before I put this term completely behind me, though, one question lingers after hours spent poring over student writing: what’s up with apostrophes? Actually, I have two questions, because my follow-up to that one is, should I care about apostrophes?

The apostrophe is by far the most misused piece of punctuation in the writing I evaluate. This puzzles me, because (as I have often explained to my first-year classes) it is governed by pretty simple rules. There are no judgment calls with apostrophes, the way there are, say, with commas. For some reason, though, students have a terrible time knowing where (or whether) to use them. They are frequently missing when they are needed, and just as often they show up where they aren’t — this time, for instance, in discussions of Ishiguro’s protagonist, Mr. Stephens, who got apostrophed (yes, I verbed that) even worse than poor old Dickens usually does. 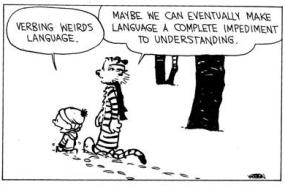 Why should this be? Some errors are certainly due to poor proofreading rather than genuine confusion, but the sheer pervasiveness of the problem demands a deeper explanation. Are students not taught basic punctuation in school any more? Or do they just not retain it? How does it end up being my problem — or is it? I’m not supposed to be teaching punctuation: at least, not in upper-level literature courses — am I? Given that, should I even bother pointing out the errors? But evaluating essays does mean (doesn’t it?) taking into account how well they are written, and one aspect of that is (isn’t it?) how well they follow the conventions of standard written English. So even though the main course objectives are elsewhere, I do point out the errors, and I usually also quickly explain what’s wrong. I do this in a pedagogical, not punitive, spirit, so that they can get it right next time. Since I’m morally certain I’m not the first or only person to be doing this, though, I don’t have much reason to think that my corrections will have any effect: if they wanted to use apostrophes correctly, surely they would already be doing so. Maybe what’s missing is sufficient incentive. I certainly have never failed an assignment because of incorrect apostrophes: to me, that makes no sense, as they are just one small piece of a much larger and more complex effort. But if you can always do basically fine without fixing this small problem, why fix it, right?

I’m not about to start failing papers on such flimsy grounds, though — so what can I do? Fellow professors, what do you do?

One thought on “This Week In My Classes: Whither the Apostrophe?”