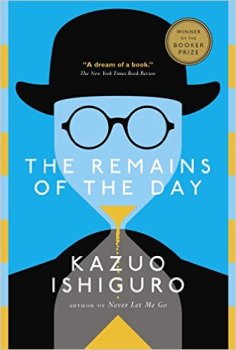 You never know what twists of fate will bring new relevance to the readings you’ve assigned. Teaching A Room of One’s Own soon after the David Gilmour fiasco, for instance, made Woolf’s arguments about women’s writing (“everywhere and much more subtly the difference of value persists”) seem unhappily current; teaching Walter Mosley’s Devil in a Blue Dress just post-Ferguson made Easy Rawlins’ problems seem painfully contemporary (“they figure that you did something because that’s just the way cops think”).

This term it’s Kazuo Ishiguro’s subtle, devastating novel The Remains of the Day that resonates with current events in ways that seemed unthinkable just a few weeks ago. Ishiguro has said in interviews that he used the appeasement era as an abstract cautionary tale about how we are all, in our own ways, butlers, including politically: going about our jobs either unable or unwilling to see how we might be serving larger agendas, finding dignity in doing our work well rather than in ensuring we do the right thing. He wasn’t literally warning us not to give Nazism a second chance — and yet here we are.

Because we’re studying the novel in Close Reading, a lot of our interest is in how Ishiguro tells his story. In particular, so far we’ve been talking a lot about Stevens as an unreliable narrator — about how the gaps and inconsistencies in his story, and the misfit between his language and the events he describes, lead us to mistrust his version of events and begin to tell an alternative story that, in profound ways, contradicts the one he clings to so desperately almost to the very end. And no wonder, because how terrible to admit, when there’s no second chance, that in dedicating your life to dignified service you’ve sacrificed not just your true dignity, as a thinking person, but also your humanity. How much worse, too, to acknowledge that even your dutiful subordination was fatally flawed — that in serving your master you enabled one of history’s great villains to triumph. Immersed as we are in Stevens’s consciousness, we can’t help but sympathize, I think, with his resistance to these painful truths, which can be faced only at great psychological cost. How much easier to maintain, as he does for so long, that all he could reasonably do is his job, leaving the complications of world affairs to “his lordship.” 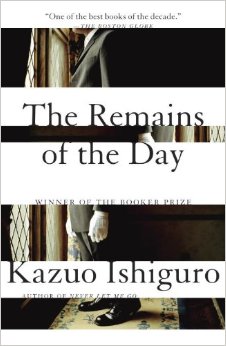 As much as the specific context of nascent fascism, this indirect approach to it through the internal ruminations of someone well-meaning but ultimately morally compromised, perhaps beyond redemption, seems timely to me. Stevens does not refuse Lord Darlington, for example, when instructed to dismiss two Jewish maids to preserve the “safety and well-being” of his guests. Against Miss Kenton’s passionate rebuke — “if you dismiss my girls tomorrow, it will be wrong, a sin as any sin ever was one” — he sets his own professional standards: “our professional duty is not to our own foibles and sentiments, but to the wishes of our employer.” It might seem a relatively modest act of bigotry to be complicit in, but it’s inexcusable nonetheless, intolerable both in itself (as Miss Kenton rightly notes) and as a concession to the creeping encroachment of worse horrors. Resistance may even mean the most on this personal scale, where you can act before events outsize and overtake you — but in any case the most anyone can do is refuse to cooperate with — or to normalize — what they know to be wrong. From inside Stevens’s head, we feel the appeal of compliance, of pretending that this one thing, or the next thing, doesn’t really matter very much. But against that dangerous ease, as we travel with him to a fuller understanding of what his political passivity has enabled, we can set our own rising horror — at the waste of his life, and at the possibility that we ourselves might do no better. It’s a cautionary tale indeed.

4 thoughts on “This Week In My Classes: Appeasing Fascists”