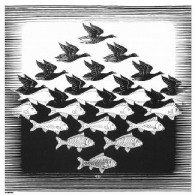 Inger Mewburn, a.k.a. the Thesis Whisperer, has an interesting post up at PhD2Published about academics and social media in which she asks a question that I have often wondered about too:

While I can understand not writing a blog (sort of) I really can’t understand people who don’t read blogs, take part in Twitter or otherwise take part in the scholarly dialogue which is happening online.

She addresses the “how do you have time for social media?” question that I expect every academic blogger (or tweeter) has encountered. (Mewburn links to this post on that specific issue.  I agree that this question always seems to express “some kind of unspoken criticism.” Like the other question I often get about “how do you have time to read so much?” it also assumes a strict distinction between “real” work and other things I do that Pat Thompson notes is hard to make for her own newspaper reading.) The bottom line is that we all have time, or make time, for the things we believe to be valuable. So the harder question is why many academics still don’t consider spending time reading blogs (or being on Twitter) to be valuable:

I don’t have to point out the benefits to the converted. The question I have for you is, how many of your colleagues are doing the same? And more importantly – why don’t they? It’s a question that is beginning to fascinate me and one which I don’t have a ready answer for.

She has a theory about the source of the resistance: “have I become the cool kid?” I don’t really have an opinion on whether that theory is plausible! I find it hard to think of myself as “cool,” that’s for sure. But I share her general puzzlement, because I am so excited and fascinated by the voices and perspectives and information I encounter day after day thanks to the time I spend reading the blogs in my RSS feed or following up on links from – or eavesdropping on, or exchanging ideas with – the diverse people I follow on Twitter. Now that I know how much of intellectual value is out there, I can’t imagine shutting myself away from it. Sure, there are risks: the only thing worse, after all, than having nothing good to read is having far, far too much good material to read than you’ll ever have time for and having to make, again and again, the conscious effort to turn away from “that tempting range of relevancies called the universe” to the one “particular web” I’m supposed to be spinning myself.

Maybe it’s just a pragmatic fear of being overwhelmed in that way that holds some academics back. That’s not the general impression I get from the derisive way some of my colleagues still talk about Twitter or blogs, though: for them, the lack of engagement does seem to bespeak contempt, disbelief that there could be any merit in spending one’s time with such frivolity. (How they don’t realize the implicit insult to me when they say such things baffles me! Do they think I’m an idiot, then, to bother with all this?) Then there are those who overestimate the technical effort involved, or who don’t know about basic tools like Google Reader that simplify the process of sorting through multiple sources. There’s also simple inertia: people have a certain way of doing things, a certain workflow, a certain relationship to their reading and their computers.

Whatever the inhibitions or prejudices involved, I think they all hint at an unfortunate lack of intellectual curiosity. Like Mewburn, “I can understand not writing a blog” (in fact, I’m on record saying I really don’t think every academic should blog), but I can’t understand not exploring the world of blogs (academic or otherwise) if only to find out if one’s skepticism is justified, or not signing up for Twitter for a while to find out how a well-curated community  there might complement or even enhance one’s other professional (or personal, or intellectual) exchanges.

Some support for my conviction that there’s plenty (indeed, too much) worth reading online comes from something else I read online today (thanks to a link I followed from Twitter), an essay by Robert Cottrell, editor of The Browser. Here’s how he describes his job:

I read all day. Were it not for the demands of sleep and family life, I would read all night. My aim is to find all the writing worth reading on the internet, and to recommend the five or six best pieces each day on my website, the Browser.

The amount of good writing freely available online far exceeds what even the most dedicated consumer might have hoped to encounter a generation ago within the limits of printed media.

Cottrell estimates that only 1% of what he finds is really great stuff, material of real value to the serious general reader. Since I read only a tiny fraction of what he does, I’m not in a position to argue. I would say that of the material I read, the proportion of good stuff is (happily) much more than 1%, but that’s probably because a lot of the links I get are already filtered, either by my own curation efforts or by sources including The Browser. About that 1%, he is eloquent: “the 1 per cent of writing by and for the elite is an embarrassment of riches, a horn of plenty, a garden of delights.” And where are the “scores” of worthwhile pieces coming from?

Some of it comes from professional journalists, writing for the websites of established publications or on their own blogs. But much of it – the great new addition to our writing and reading culture – comes from professionals in other fields who find the time, the motivation and the opportunity to write for anyone who cares to read. I am sorry that the internet gifted this practice with such an ugly name, “blogging”, but it is too late to change that now.

As a gross generalisation, academics make excellent bloggers, within and beyond their specialist fields. So, too, do aid workers, lawyers, musicians, doctors, economists, poets, financiers, engineers, publishers and computer scientists. They blog for pleasure; they blog for visibility within their field; they blog to raise their value and build their markets as authors and public speakers; they blog because their peers do.

Given the skepticism with which blogging is still met within the academy (and, for that matter, outside it as well), it was gratifying to see its value acknowledged like this. Yes, “blogging” is an ugly name, and the form itself is no more a guarantee of high quality than any other. But blogs have enormously enriched our intellectual and cultural conversations as well as our academic ones.  I think Mewburn is right that it’s time to stop being defensive. She suggests asking “What do you have to give? How can you make a difference?” I would add, “What do you want to know about? What conversation would you like to have? What are you curious about?” Maybe that will help my skeptical colleagues feel excited, rather than dubious, about what they’re missing.

Do your academic colleagues read blogs? Are they on Twitter? Do you think that skepticism towards new media or social media has subsided now that blogging has been around for a while? I don’t notice much of a shift here since I started blogging in 2007. Maybe there’s a smidgen more respect for what I’ve been doing, if only because I’m still doing it.

17 thoughts on “Blogging and Intellectual Curiosity”