Yesterday I received a reminder from the Mellon Foundation about a follow-up survey they are doing of people who did Ph.D.s supported by Mellon Fellowships.  I remember how exciting it was when I learned I had won one of these fellowships, which was both generous and prestigious. I had mixed success with my actual Ph.D. applications–indeed, I was rejected by many more schools than accepted me–and I’ve often thought that the crucial factor in my winning the Mellon was the interview. I was (am?) more charming in person than on paper–it’s something about my sense of humor, I think, which apparently doesn’t carry over much into my writing!

In any case, winning a Mellon Fellowship made me a more attractive target for the schools that had offered me places: I ended up with the luxury of comparing complete five-year funding packages from a couple of excellent schools, and the even greater luxury of comparing these North American alternatives to using a Commonwealth Scholarship to go to the UK. In the end, I chose Cornell, starting in 1990 and finishing in 1995 with job offer in hand–job offers, in fact: while my job market success was also mixed and I got a lot of rejections, when I got close, I did pretty well (speaking of rejection, though, I’ll never forget the message telling me I was not offered the job I wanted most of all, which hit me like an emotional bomb when I read it in the dank basement computer lab where, in those olden days, I had to go to check my email–would it have been so hard to give me a phone call so I could have absorbed the blow in private?). Anyway, I chose Dalhousie, and (though I have made a few attempts over the years to move on) here I still am today. 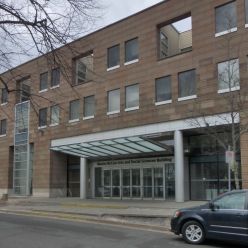 The Mellon survey focused primarily on career paths and job satisfaction. Most of it was pretty easy stuff (how many peer-reviewed articles did you publish before tenure? what kind of pre-tenure mentoring did you get? were there explicit expectations about the kind or quantity of publications you’d need for tenure?), but towards the end there were some more open-ended ones, and the very final one proved a real poser: If you had to do it all over again, they asked, would you do the same? Same degree, same school? Same degree, different school? Different degree? Or no Ph.D. at all?

Maybe this would not have been such a stumper of a question if they’d asked it on a different day, but yesterday was kind of a tough day for me at work. It’s not that I was busier than usual or overwhelmed with new tasks or dealing with confrontational students upset with their grades, or dead-ended on a writing project or behind in my class preparation. Rather, it was a day (one of many recent days) in which different priorities clashed in the department and I ended up feeling that more and more, we are steering by (or allowing ourselves to be steered by) the wrong values. There are a lot of moving parts behind the motions we have voted on recently, but the net effect is that a majority of the department has carried through an agenda by which we will reduce class offerings at all levels and increase class sizes at the undergraduate level, in order to bring our nominal teaching load down and thus clear more time for research during the academic term. 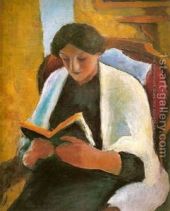 I emphasize that last clause because we have dedicated research time already (the spring and summer terms, when we do not regularly teach undergraduate classes, as well as our sabbaticals); the argument was being made for the importance of making more time for research while teaching, and thus the new plan deliberately favors reducing our contact hours and prep time. We’ll remain individually responsible for the same number of students, so any time savings won’t come from reducing our grading. Now, I find marking assignments as tedious as the next prof. What I don’t find tedious or want less of is face time with my students. My hours in the classroom are almost the only hours during which I have no doubts about my answer to the Mellon Foundation’s question. It’s true that class prep can be relentless, and in the middle of my heavier teaching term, I’m too busy with it–too overwhelmed by it, in combination with the marking–to do anything ambitious regarding other research or writing projects. Not nothing at all, but nothing much. But class prep can also be  intellectually stimulating, and often is itself research, or feeds into ongoing research interests: I didn’t like the presumed opposition between teaching and research that dominated the arguments for the latest motion.

The problem is that this pitting of two of our essential tasks against each other is in large part a consequence of the pervasive research culture promulgated especially by administrators who talk about “productivity” and “output” in terms of grant dollars pursued and won, and of quantity (rather than quality and significance) of (conventionally peer-reviewed) publications. Tomorrow, for instance, we are invited to a “presentation” on “trends in FASS [Faculty of Arts and Social Sciences] research performance.” Let’s just say I will be pleasantly surprised if the emphasis is not squarely on those kinds of quantifiable measures. Everyone I’ve spoken to about it fully anticipates that the event has been set up as an occasion to chastise us for our failure to measure up, both to other faculties on campus and perhaps also to comparable faculties at other universities.

But the conversation we should be having is about the adequacy of the measures, about the damage they do and the absurdities they create. We should be talking about whether it’s really a good use of time for a humanities scholar to spend weeks, months even, on a grant proposal for a program with a success rate of below 25%; we should be talking about the culture of greed and hypocrisy and cynicism that has been created by the pressure to ask for more and more money whether you need it or not, because big grants bring prestige (and support graduate students–and that’s another can of worms right there); about the flawed logic of trying to get grants because the university relies on its share of them to cover ‘indirect costs.’ We should be resisting the pressure to increase our research productivity according to such ill-fitting measures, and we should especially resist chipping away at our curriculum and at our undergraduate students’ educational experience because we want to look like the kind of “productive researchers” the university seems exclusively to recognize and reward. I don’t measure my “performance” as a scholar exclusively on my output of specialized peer-reviewed publications, or on my success at competing for external funding, and I don’t think my university should either. Here too, there are a lot of moving parts, and the funding challenges universities faced are not something I take lightly (or understand completely, given their intricacies). But that doesn’t change the oddity of trying to twist and bend humanistic inquiry into something that looks like scientific research, and of treating us as failures precisely because we don’t do expensive projects.

Let me be clear: I don’t think there’s no point in our doing our research. I don’t think it’s a waste of time; I do think that there are both intellectual and social pay-offs from our efforts to understand the world better by way of understanding its literature. But I do think we produce enough of it already. I don’t think Mark Bauerlein makes a particularly fair or coherent argument about its excesses, but I also don’t think we need to “protect” more time to produce more of it faster. I actually think we should slow down and produce less of it, especially in conventional forms. How much “output” is enough? It’s not the quantity that should matter. How much research time is enough? If we let go of the artificial urgency fueled by the kind of presentation I’m looking forward to tomorrow, I think we’d find we already have enough time.

Now, to be fair, we haven’t exactly decimated our program, and we still have plenty of classes on the small side. But the pressure is undoubtedly upward. Big classes are routine elsewhere, I’m told, and a lower teaching load for full-time faculty is also the norm at other “research institutions.” But is this a good thing? Is this the way we want our resources distributed? Well, judging by yesterday’s voting, the answer for a lot of us is ‘yes.’   I understand why, but I feel that we’re in pursuit of a model of success or excellence that I just don’t believe in anymore. Sometimes sitting with my colleagues I feel like a nonbeliever in church! And it’s a church in which two things are sacrosant: our research, and our graduate program–in the interests of which we have made all of the recent changes to our overall curriculum.

And this is why the Mellon survey question was so hard to answer. How can I be sorry that I’ve been able to pursue this career, which in many ways suits me so well? How can I regret that I can dedicate my time to things I not only think are really important, but love? In what other job can you be paid to spend hours and hours a week concentrating on literature, and working with bright, eager students to nurture their love of reading and their interest in the kinds of questions it opens up? But the other values of the profession have troubled me from the start of my Ph.D. work, and the systems of incentives and rewards, and of prestige and reputation too, skew very far in one direction. How can I not feel I’m out of step and perhaps unsuited for the career I chose when I can’t commit myself wholeheartedly to two of its central pursuits?

If I had the choice, would I do the same again? Today, I’m not sure. But ask me again  after my small group discussion of Great Expectations on Friday. I bet my answer then will be “of course!”

5 thoughts on “This Week at Work: Reflections on Our Research Culture”