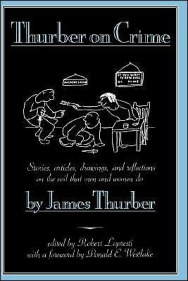 And do you know what I’m going to do now?” “No,” she said. “What?” “Buy a copy of Hamlet,” I said, “and solve that!” My companion’s eyes brightened. “Then,” she said, “you don’t think Hamlet did it?” “I am,” I said, “absolutely positive he didn’t.” “But who,” she demanded, “do you suspect?” I looked at her cryptically. “Everybody,” I said, and disappeared into a small grove of trees as silently as I had come.

We talked a lot about suspicion in my classes this past week. That seems only natural, of course, for Mystery & Detective Fiction, in which we adopt “Suspect everybody!” as our interpretive motto. As we work through our readings for the course, an ongoing theme becomes the cost of such eternal vigilance: it may be necessary for solving crimes, but it is corrosive to human relationships. We’re not reading The Maltese Falcon this time around (our hard-boiled example is The Big Sleep), but I always find that the saddest part of its ending: Sam, victorious in principle but emotionally marooned. In Sherlock Holmes that isolation seems (perhaps) more heroic; Ian Rankin’s Rebus toughs it out; Sara Paretsky’s V. I. Warshawski counteracts it with friendships and alliances. 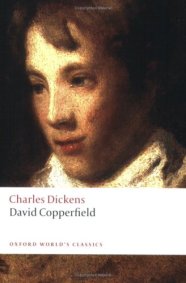 In David Copperfield, trust and innocence and guilt and suspicion are also key themes. We’ve suffered through Steerforth’s great betrayal now, and also through David’s misguided marriage to Dora — that “first mistaken impulse of an undisciplined heart.” There’s no doubt that practically speaking it would have been better for everyone if David had been suspicious of Steerforth. We see the clues to his character long before David does, or at least long before he admits he sees them or knows, seeing them, what they mean. One question I keep putting to my students, though, is what the cost would be of that saving suspicion. Isn’t David’s trusting heart, undisciplined though it may be, one of the beauties of the novel? Doesn’t the novel show us naiveté as something to be cherished and protected? The David who looks at Steerforth and suspects him–who believes him capable of the kind of evil Steerforth perpetrates, who even knows such evil is possible, much less lurking in someone he loves– wouldn’t that David be someone we would care less about? Maybe not: maybe we would respect him for not being a gullible fool. But I still think, even if that’s our conclusion, that we would regret that it proves foolish and gullible to believe the best of people, to be above all loving and trusting. Growing up, for David, includes outgrowing his innocence and becoming the kind of man who would not make that mistake again. This has to happen or he’d be morally like Mr. Dick, a perpetual child. But Dickens is so good at making sure we regret what is lost in the process. 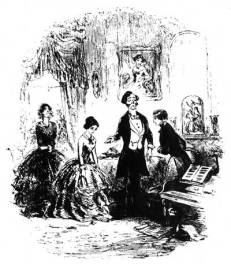 I asked Friday if the same is true of David’s love for Dora: that it is wrong, a mistake, as both he and she eventually acknowledge, but that it is the kind of mistake it’s hard to wish David didn’t make. I’m less sure about this one, because he chooses Dora deliberately, while Steerforth grooms him into adoration when he is very young and very much in need of a friend. David realizes belatedly that he wants a partner, not a “child-wife.” Still, the child-like starry-eyed quality of their relationship, and Dora’s playful tenderness, while cringe-inducing considered as any kind of actual marriage, seem to me affectively like something we want to protect, to have a place for in our lives–even our adult lives. (In a similar sort of way, I often find myself defending Dorothea’s mistake about Casaubon–not because he is someone we want to have a place for, but because her innocent idealism is beautiful in a way that Celia’s skeptical realism is not.) Perhaps I indulge this feeling in spite of my intense theoretical, political, and personal dislike of Dora because I find Agnes such a dull alternative.

I’ve been thinking about suspicion in another way this week as well. I don’t teach very suspiciously, by which I mean my classes in many respects take our readings at face value rather than approaching them with a “hermeneutics of suspicion” (a phrase I use somewhat flippantly, rather than really technically). It’s not that we don’t consider what they are saying and doing beyond their surface stories, or beyond what their authors might have consciously realized, or that we don’t analyze how those stories are told and to what ends. Perhaps a better way to put it is that we don’t take a deliberately antagonistic approach to our readings–or an overtly theorized approach (which is not to say–and can you tell that trying to explain this makes me defensive?–that I don’t realize all readings are underpinned by some kind of theory, if only implicitly). Sometimes when I overhear (on Twitter, say) other Victorianists talking about their classes I feel anxious because I worry that there’s something naive (innocent, even) about the kinds of conversations I encourage my students to have about our readings. But then I reassure myself that the things we talk about, the responses we have and analyze, are both interesting and urgent, and that the enthusiasm I cultivate not only (I hope) motivates students in the moment but also (I hope!) fosters their love of reading alongside the experience of reading critically in such a way that they are more likely to continue being engaged and demanding readers long after they leave university. Something would be lost–something I cherish–in trying to turn them into more suspicious readers, which is something I’m not sure I know how to do anyway. (I tried it on myself, back in graduate school; the experiment was a failure.) 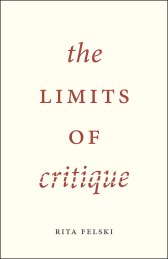 Thinking about this has reminded me that I should finish reading Rita Felski’s The Limits of Critique, which looks like it will give me a more sophisticated way to understand and talk about the tension I feel between what I do and what I sometimes think I’m supposed to be doing. In her introduction she comments that many current critical approaches “subscribe to a style of interpretation driven by a spirit of disenchantment.” That sounds right to me.  “Why,” she asks a bit later on “are we so hyperarticulate about our adversaries and so excruciatingly tongue-tied about our loves?” Since I escaped graduate school, my own critical practice has, I think, focused on becoming as articulate as I can about my loves, but I’ve sometimes felt a little sheepish about that, as if my methods, if challenged, wouldn’t really stand up to scrutiny. I look forward to Felski’s arguments–even more since I noticed that one of her chapters is on crime fiction, which rather neatly brings this post back to where it began.

One thought on “This Week In My Classes: Suspicious Minds”