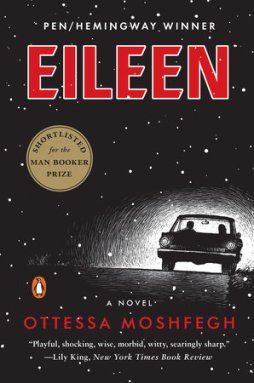 I didn’t like it. In fact, I really didn’t like it. The comparison to Shirley Jackson on the cover tempted but misled me: there’s nothing sly or subtle in this novel, nothing to make you start and look again, or laugh then shudder and look away, the way you have to with We Have Always Lived in the Castle. The only reason I can think of that Eileen was nominated for prestigious prizes including the Booker is that in the rush to free women writers and female protagonists from the stifling obligation to be nice and likable some people have concluded that being mean and unlikable is an aesthetic virtue in and of itself. I have written about this trend a couple of times before: here, comparing Claire Messud’s The Woman Upstairs (which I disliked for some of the same reasons I disliked Eileen) to Barbara Pym’s (much better) Excellent Women, and here, attempting to parse the Ferrante phenomenon. I don’t object in principle to novels preoccupied with anger, vomit, and excrement, and I don’t demand carthasis or epiphany as my reward for being vicariously immersed in them, but I would like some sense that they mean something, or that the novel somehow takes us beyond them. Eileen (like Eileen) is just nasty for nastiness’s sake. Who needs that? Not me.

Feel free to tell me I’m wrong. Did I miss some redeeming subtlety, some glints of humor, some pay-off for 260 pages of graphic unpleasantness?